To install Docker, check out the post on installing docker.

... a secret is a blob of data, such as a password, SSH private key, SSL certificate, or another piece of data that should not be transmitted over a network or stored unencrypted in a Dockerfile or in your application’s source code.

For our purposes, secrets are a way to keep plain text passwords out of our Docker configuration files.

What can be stored in secrets?

You can use secrets to manage any sensitive data which a container needs at runtime but you don’t want to store in the image or in source control, such as:

In order to use secrets, you will need to enable swarm services on your docker node.

For the two examples that follow, we will be using the official MySQL Docker image hosted on docker hub.

This first example shows how to create a stack without using secrets. Once we have this up and running, we will recreate the stack using secrets.

Let’s the MySQL deploy file to stack.yml. Notice that the credentials are in plain text — # Use root/example as user/password credentials

We can test that everything worked by visiting localhost:8080 in our browser and logging in using the default root/example credentials listed in the file. 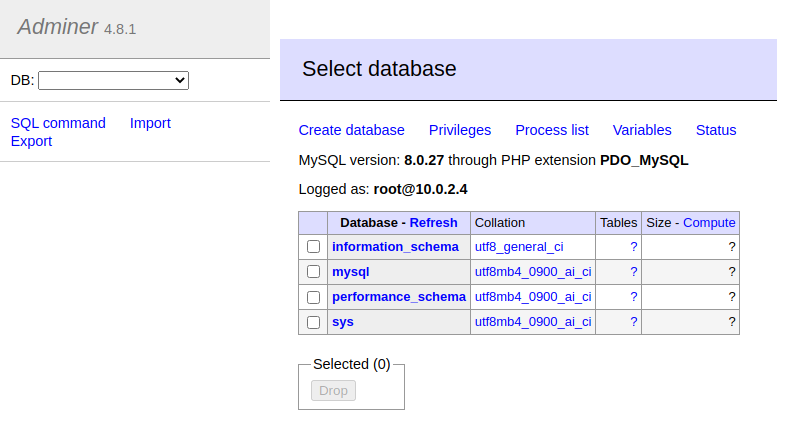 Before moving on, remove this stack:

Now let’s use secrets to improve the security of our stack.yml.

Note: the above command introduces security issues since our password will be stored in our bash history. You will probably want to explore more secure ways of entering your passwords into secrets, such as using ENV variables or files.

To verify that our new secret is working, repeat the browser login steps above by visiting localhost:8080 and using the new password.

To destroy our stack:

Secrets are great and pretty easy to use. Plus, no more plain text passwords. I’d call that a major win.